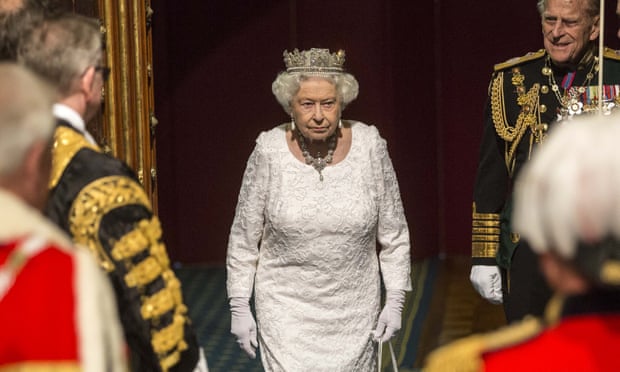 Your Majesty, please tell Erdoğan ‘enough’ when he pops in for tea

If the Queen adds her voice to the Turkish people’s, we can inspire young people to stand up to evil.

“So are we not supposed to be in dialogue? I mean shouldn’t we try to empathise with Trump voters to understand?”

A young woman in Portland University, in the US, asked the above question after I gave my talk about how the rise of rightwing populism has a global pattern, and how it makes no difference whether the democracies are more mature or the state institutions are stronger than those of the other countries that fell into the trap.

I am horribly sorry to bother you with this annoying problem we commoners are going through at the moment, especially when you are busy with royal wedding arrangements. But my point was that a global movement of misogyny, authoritarianism and politicised ignorance was on the rise, and that the established political institutions are not suffice to stop it. A counter-movement is required.

I am sure you and I are on the same page here. However, like we did in Turkey for several years, much of the next generation of Americans liberals – as in Britain after Brexit and Germany after the AfD got into parliament – want to stop time to contemplate the reasons for this new phenomenon. And here I am, the Cassandra of our times, telling them there is no time to linger: we have been through this in Turkey, we know how it ends up. I am trying to tell them to get themselves together so we can act together, now. This global offensive on freedoms and justice must be met with a global defence.

Unfortunately this is the generation that was born after the 1990s, so their world is full of words like identity politics, empathy, and that seemingly harmless statement: “I hate politics”. I am trying to remind them what they don’t remember forgetting; there was a time when people were active and capable political subjects, and the zeitgeist was forcefully changed. Self-perception and the view of politics shifted during the 1980s when Margaret Thatcher and Ronald Reagan echoed from both sides of Atlantic: “There is no alternative”.

Your Majesty, I’m sure you remember the famous Asprey bag that Mrs Thatcher would bring to your weekly audiences with her – the one she used for handbagging the British unions and all progressive ideas. Today’s young people do not remember the 1980s, and even worse they think that Hitler’s Berlin and Mussolini’s Rome were built in a day. They cannot know that what brings evil upon us is actually the hesitation, and then the reluctant consent, of ordinary people.

However, I am certain that you would remember the days when, as a princess in the second world war, you had to become an army mechanic, and posed for pictures in uniform. You very well remember that the lack of integrity and ethical reaction to evil is far more dangerous than evil itself.

I don’t want to exhaust you with my utterly unnecessary worries and annoying political elaborations, However, I happened to hear that you will soon be meeting Turkey’s President Erdoğan. (He arrives in the UK on Sunday). Of course, it will be convenient to practise with another unpleasant world leader before you meet Donald Trump, but there are a few points you might want to know beforehand. Please consider this as my humble contribution to the Great Britain that has recently decided to be non-European in order to become even Greater Britain.
Recently Mr Erdoğan gave a speech where he said, “Only when my people say tamam (enough) will I be leaving my position.”

As a matter of fact, during recent years we have said tamam in several ways – elections, the Gezi Park uprising, and others. But our voice has been dismissed every time. You might have heard that politicians, academics, journalists and students have been imprisoned just because they said things that did not fit the desires of the ruler who happens to have – I am sorry to say this – a palace bigger than yours. Now Turkey is to have a snap election next month.

After the last election in November 2016, which made President Erdoğan the de facto sole ruler of the country, it seems another election is needed to consolidate his power. As the people of Turkey who happened to fancy democracy over authoritarianism, we decided that if we say tamam enough times, maybe he would understand and give it up. That is why we went on Twitter to make the word tamam trend worldwide. More than a million people in a single day said tamam. Some took to the streets – to be taken into police custody, of course.

So here is my polite request. Would you mind terribly saying tamam when Mr Erdoğan comes into your presence? Since you also have a palace, your words might resonate with him more than his own people’s. I am aware that you and I probably have slight political differences; however you are one of the very few people in power who would remember the 1940s, and how the political integrity of democratic nations and their ethical response to authoritarianism once played an important role in world politics.

If you don’t want to take the risk of damaging your political neutrality, you can always use the word tamam when the tea is poured, and you have had enough. I think the message would be clear.